Advertisement
Videos by Motherhood on January 25, 2017

Police officer lets kids use PA system to say goodbye to departing Navy dad Two kids got a chance to say one last goodbye to their father as his Navy ship pulled away from the San Diego shoreline.

Photos shared by the San Diego Police Department show Rileigh, 4, and her brother Austin, 2, using an Officer James Weaver’s PA system to shout goodbye to the USS Carl Vinson as it headed westward. On board was their father, Josh Buetow who was deployed for the first time.

“As I was sitting there, I saw the family over here and the two little kids were by the rocks over here screaming to dad yelling bye and I figured that he couldn’t hear them cause I could barely hear them from across the parking lot, so I just pulled my car over and asked if they wanted to use the PA system,” Weaver told KNSD.

Mom Brettany Beutow said she was touched by the officer’s simple gesture.

“I did not expect it at all,” Beutow said.

The San Diego Police Department shared photos of the touching moment to their Facebook page, where they quickly went viral.

“It meant a lot to us,” said Beutow. “I was holding it together pretty well until he asked them if they wanted to do that and I just slowly broke down and started crying.” 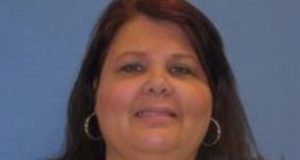 Mom Builds House For Her Family Using YouTube Tutorials
Next 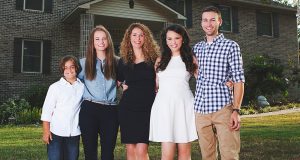